Get To Know: Natalie Popovich 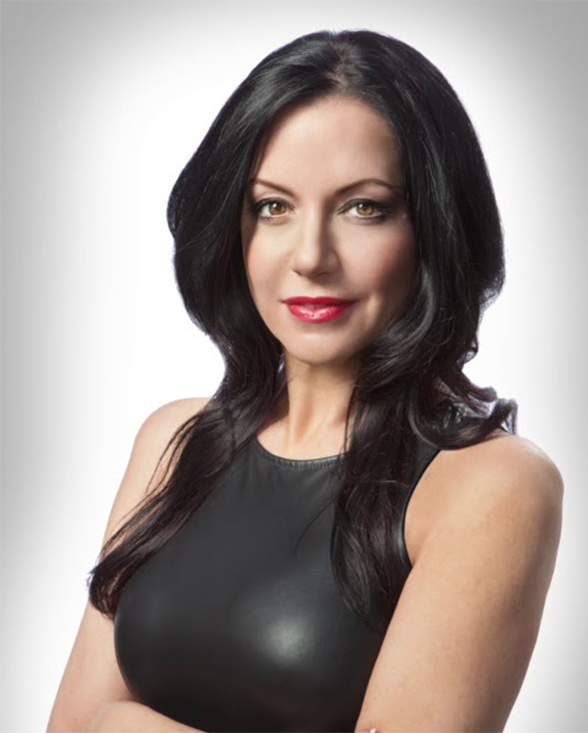 Natalie Popovich is Ivonna Cadaver and stars in Macabre Theatre, a series dedicated to featuring independent horror movies as well as the classics. More than half of the 60 episodes produced also star Butch Patrick, aka “Eddie Munster“ from the famed television classic ”The Munsters”. The two bring a “final word” on hosted horror movies. The character of Ivonna lends contemporary credibility to the overall theme and she “bumps it up a notch or two” with her campy flair. The content is suitable for all audiences.

Ivonna Cadaver was declared by CNN to replace Elvira as “The New Queen of Horror”. ”Ivonna“ attends major studio openings and DVD releases in the genre for Universal Studios, Paramount Pictures and Sony with celebrity interviews on the red carpet featured on Macabre Theatre. “Popovich“ co-created such promotions as ”Win a Dinner with Ivonna Cadaver” at Knott’s Scary Farm in California (the biggest haunt in the world) and ”Macabre Theatre’s live stage Show” at Knott’s, with music by Madonna’s live producer, Marcus Brown and “Cirque De Soleil” dancers which went on to be winners of Jlo’s “World of Dance”. She also created “Ivonna Cadaver’s Macabre Radio” on National Lampoon’s Comedy Radio on XM and the “Ex-Scream Home and School Makeover” on CBS Radio’s K-Earth in Los Angeles.

Natalie was a student at Huntington Film Institute, NYC with her final studies at Act 111, Universal Studios in Orlando, Florida. Act 111 helped to mold the “Ivonna” character and her ”quirks” and boasts other students such as Wayne Brady (Who’s line is it Anyway?) Joey Fatone (In-Synch) and Wesley Snipes (Dolemite). A seasoned improv comedian and actor, Popovich resides in Hollywood, California and continues to produce new and relevant content in the entertainment industry including a new documentary scheduled for 2021.

Watch Natalie and Macabre Theatre Saturday nights returning on July 11 on YTA or catch all episodes on-demand on the YTA Club!